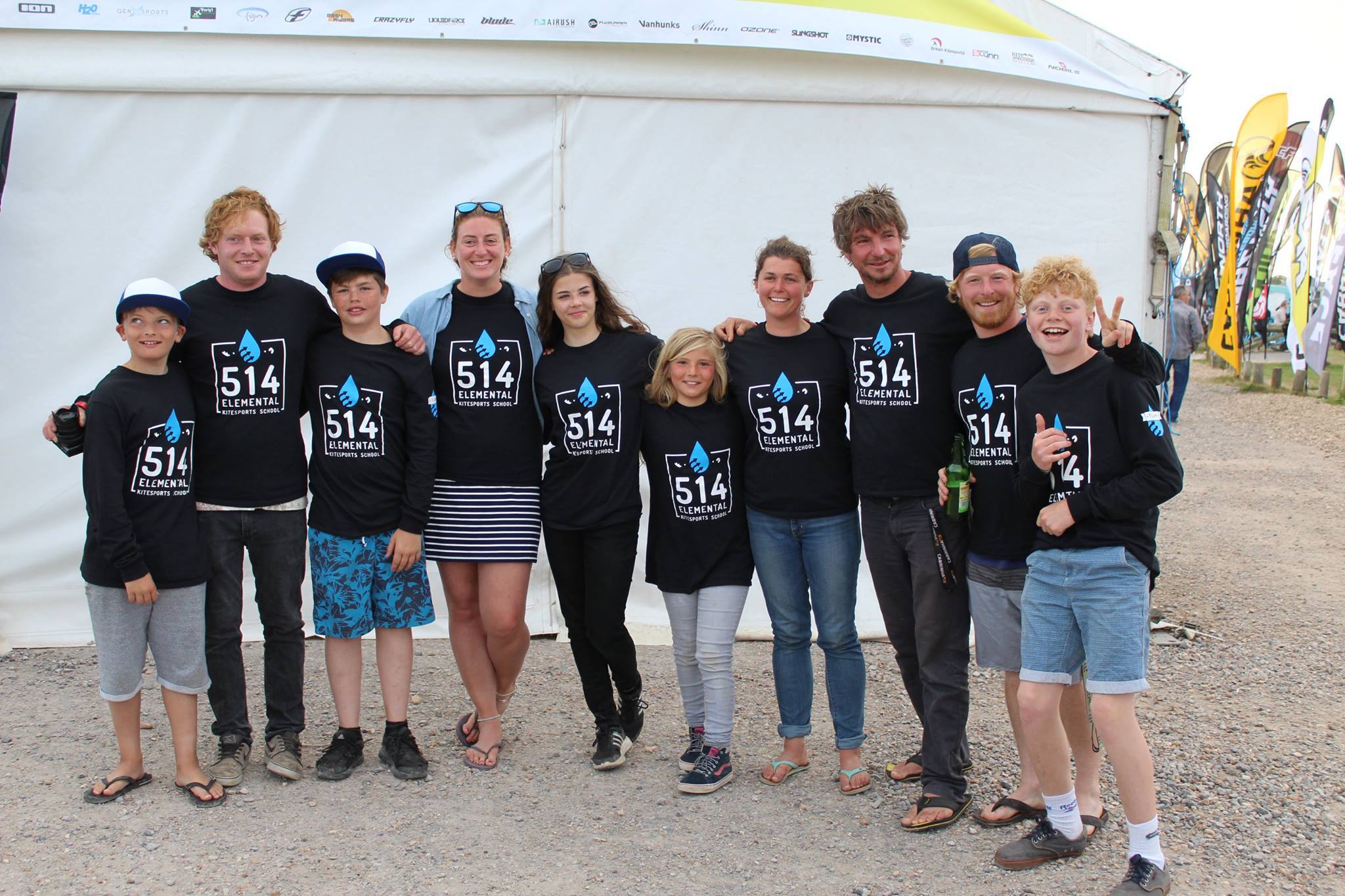 Robin and Sukie have been a part of the UK kite scene since they were kids! We have known them since they were competing as juniors and Sukie has been riding for Ozone the whole time. They both remained active as riders then moving into the teaching and coaching side of things. Both of them have travelled the World teaching and developing their careers. Sukie continued progressing as a rider as well as a coach, before a spell in Asia as the MC for Kite Tour Asia. Robin moved into judging and worked at top level competitions including Kite Tour Europe and Kite Tour Asia.

After returning to the UK they set up their kite school 514 Elemental in Westward Ho!, Devon. As well as teaching lessons they run a growing kids club, getting kids to try kite sports and developing to all different levels from just flying kites, through to landboarding and buggying and then kitesurfing. Their club efforts continue to grow with junior riders they now coach and support for the British Kitesurfing Championships – it is easy to see why, they are fun to hang around with!

How did you get into kitesurfing?
Sukie started out on a small training kite with a skateboard selotaped to her feet. When she was ready to get into kitesurfing she had to pick up horse poo for 2 years to afford an LEI. After that the progression was pretty quick, and helped by original cool cats ‘Airjam’ soon got the bug and started travelling with instructing as a way to fund it. Sukie also enters the odd competition and is NZ freestyle Champion, British Wave champion and currently leading the 2017 British Freestyle Championships. She was also a hardcore landboarder who won the UK title a couple of times before realising the water was somewhat softer!

Robins dad was a windsurfer who wanted Rob to follow in his footsteps. Bought him a kids windsurf rig and took it to the beach. As they launched someone jumped over their heads on a kite so they promptly packed up, took the rig back and swapped it for a kite!
Before safety and depower, Rob spent most of his childhood shackled into kites being smashed into walls and floating under bridges.
Luckily things got a little better and he went on to win various international competitions before becoming judge on the UK, European and Asian freestyle tours.

What are your plans for 2017?
2017 is all about having more fun than we had in 2016?! We are pushing our advanced Kite Kids crew hard this year in both the Freestyle Championships, but also in the hope that some of them may try for the Youth Olympic Games next year if they want to.

We have found we are also doing more and more advanced coaching sessions, which are so fun to do

What do you like about Ozone?
Ozone have been a great support for us from when we started 514, and Sukie for years! The gear is just awesome, there is a kite for every situation. We use the Catalysts in the school as they behave so well with a massive range (and are also a secret weapon in the waves!) then ride ourselves on the C4 which is just phenomenally good for freestyle and looping. We like the chilled approach to life, and the idea that kiting is all about getting onto the beach and having fun, Ozone encompass this view.

What sets you apart from other kite schools?
We just simply love kiting. We will be out kiting ourselves before and after every lesson and are so stoked to be able to share our sport and life with so many people.

We also run the original Kids Kite Club in the UK. Now in our 4th year we have about 25 kids who regularly kite with us on land and water. 4 of these now compete on the National tour.

We have a strict rule also of only coaching when we would be riding ourselves. No throwing kites in the air for them to just fall again. Its not good instruction and does not create kiters. We are also actually really strict with who we let teach for us, they have to be experienced instructors and riders and truly love what they do.

Find out more about 514 Elemental.

Be the first to know!