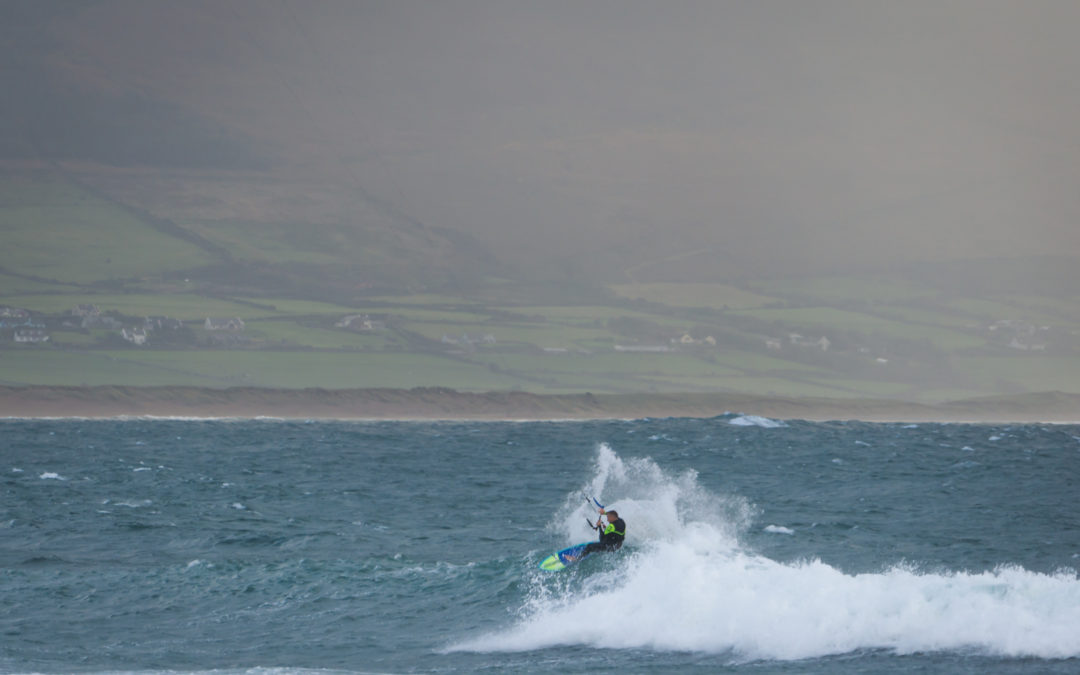 Ozone UK return to Ireland for the Wavemasters

A trip to the west coast of Ireland in early autumn is not something you want to miss out on. The water is not yet cold, but the winter swells and storms have started to roll in. This year the annual British Wavemasters competition was due to be held in Ireland again and it coincided with the wake of Storm Lorenzo. This made for a rougher than usual ferry crossing but once on the west coast, we would be rewarded with a week of wind and waves.

The Dingle Peninsula long time Ozone legend Ryan Coote’s stomping ground and he provided the event with his local knowledge and made sure we were at the best spot each day. He was also on great form in the competition. The competition kicked off at Kilcummin with the pro mens rounds on Monday morning. The heat sheets read like a who’s who of the British waveriding scene. Ozone riders looking at the top spot included Neal Gent, Ryan Coote, Mike Dawson, Graham Halliday and Tim Harley. After some very close heats the final came down to Neal and Lee Harvey who took the win over a split judges decision making him 7 times British Champion. This was the best conditions the competition has been held in for many years.

The next day we were back at Kilcummin for the Ladies, Amateurs and Masters competitions to start up only to be black flagged as conditions continued to build and it got pretty wild. Before that point I managed to get some of the biggest waves I have ever ridden whilst holding on to a 5m REO. After a couple of hours of waiting around it was decided to postpone the rest of the competition till Wednesday.

A change of location on Wednesday saw us at the lower Mossies reef. The wind was low to start with – riders choosing 9m kites. Within a couple of hours we were hanging onto 5m kites. Competition did not go to plan for me, but Ryan Coote took the win on the Strapless Freestyle event.

After the competition wrapped up a team of Ozone riders headed out to Mossies to score some waves. Neal Gent, Ryan Coote, Tim Harley, Mike Dawson and Graham Halliday all got some nice waves. I ran round the headland with a camera to capture some of the action.

When in Ireland it is rude not to do a little sight seeing. The area is truly spectacular. When you are on the water you can see the mountains rising up high. A drive up Connor’s Pass and down into Dingle is well worth it.