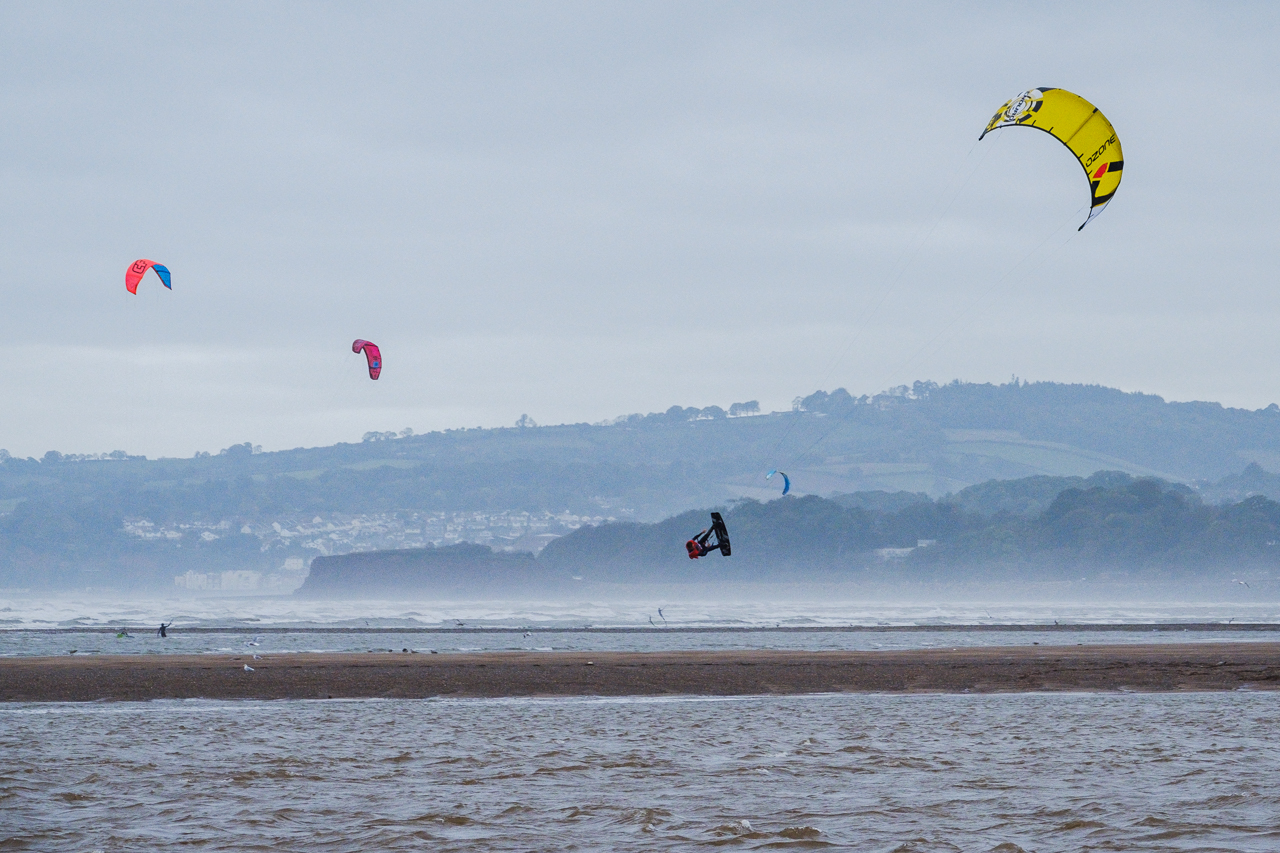 With storm Callum battering the UK, Edge Watersports gave the green light for the first King of the Exe competition! This is a big air competition following the same format as the popular Red Bull King of the Air which happens in Cape Town. The UK’s top riders all signed up for the event and the line up was the most competitive we have seen in a long time!

The night before we were worried it would be too windy! First thing in the morning the wind was howling, by the time the tide dropped a bit, the wind had settled. The event kicked off. Riders had 4 jumps in each heat, with their 2 top scores counting. Every heat was a tough heat given the line up, so riders had to give it their all.

Robin Snuggs, recently returning to Ozone showed he can still go big and commit to massive loops. He had the crowd screaming on the beach. His aim was to get through the first round, but before he knew it, he was in the final.

Oli Sweeney was smooth, calculated and consistent all day. Big kite loops, with late transitions and grabs scored well and put him into the final against Guy Bridge and Robin Snuggs. He barely crashed all day and in the end with only half a point separating him from Guy Bridge, he was crowned King of the Exe! The prize? A new GoPro Hero 7 and the KoTE trophy!